The Wolf symbolizes earth, evil, the devouring and fierceness. Wolves and ravens are often familiars of primitive Gods of the dead. 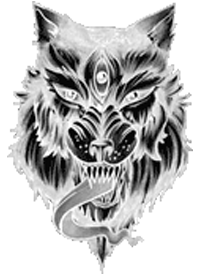